By Keirsten Bartley, Posted on

Find deals on hotels, homes and much more... 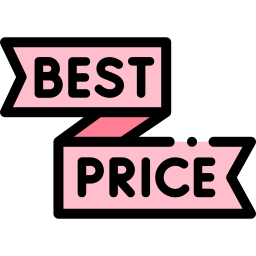 The City of Five Flags:

Pensacola, a city in Florida, is known for its rich heritage and is fairly prominent in the history of America. Pensacola is so-called for it five government which governed various areas; Britain, Spain, France, the Confederacy, and the United States. Millions and millions of tourists every year plan a trip to Pensacola.

Best places to visit in Pensacola:

Military fan or a trainee? Look what they got: The site offers you 150 aircraft, 4000 artifacts, pictures, uniforms, and plenty of activities to engage you. If you are visiting it on your own or with your companions, National Naval Aviation Museum won't let you question even once about your itinerary. The cherry on top is the galleries that you come across in the museum.

Most aesthetic instagrammable spot: The spot is the one named on the city, the Pensacola Bay, the city's most picturesque spot to explore filled with parks and rides for amusement, the shopping malls covering the space, and the natural blessings.

Undying History: The historical and most visited landmarks in the city! Every inch of these landmarks has so much to tell ones who listen closely. Fort Pickens, Fort Barrancas, Emmanuel point I, II, and III, Pensacola lighthouse, and many such historical landmarks host a large number of visitors every year.

Pensacola is rich in culture and musical arts. If you're thinking of not getting any musical treats in the small town, you are mistaken. The city is loaded with orchestras, opera, ballet, theatre and has the distinction of having the oldest symphony, overflowing with wonders of musical arts; you'll see the big names, even the beginners. The city is much more than you expect.

Where to stay in Pensacola?

There are plenty of Pensacola FL Hotels, which offer exceptional services, so you don't have to question where to stay in Pensacola. The best areas to settle in would be somewhere near the theatres or a residential area close to. Some suggested areas would be Pensacola Blvd, for it is near to Wal-Mart and you can easily grab the stuff if you need any without any problem, and the hotels in the area are quite of a luxurious kind, Miracle strip parkway southeast, the spot closest to the attractions of the city, like aquarium, beach, etc. and much more.

Pensacola is a great place to spent your vacations as it observes different colors of the culture and art. The city has kept close beauties of the entire world in all shapes and sizes. If you're planning a trip, I hope you have rock-solid reasons to include Pensacola in the list!

Keirsten left her career in engineering to travel the world. She is a 28 years old girl with some tremendous girl power; she has been traveling for five years now and has been producing awesome content based on her experience.

Pensacola
Where to stay in Pensacola

You have found a great deal!

You will now re-directed to our secured Booking Engine.

Your session has been timeout. Do you need more time to decide?